Virtual Book Fair all year round at Cubadebate: A partnership of many hands

Reading sublimates, reconstructs, saves. With that feeling and cultural horizon, a virtual book space will be available in these digital pages, starting next February 15 and throughout the year, as a platform for the promotion of books, literature and its makers in Cuba.

It is an alliance between Cubadebate, the Cuban Book Institute (ICL) and its Observatory (OCLL), the Cubaliteraria publishing house, the Cuba Digital project and Claustrofobias, Literary Promotions.

This new cultural crusade only marks a starting date, next Monday, since it is born with the desire to be maintained over time and not close its doors to the promotion and exchange around the work of writers, publishing houses and institutions committed to literary development in our geography. 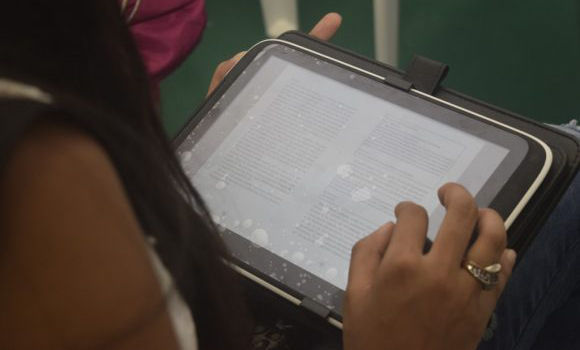 Approaches to titles recently released from the polygraphy, ebooks downloads from the specialized section Libros Libres, multimedia contents, interviews with book professionals in Cubadebate TV spaces such as Zona del Arte and the newscast Desde Cuba, podcasts, interaction in social networks, infographics on the most recent studies carried out in the country, among other initiatives, will be available to those who access Cubadebate and bet on this socialization project.

In that sense, the proposal that will see the light of day on February 15 constitutes an alliance that adds to the literary promotion actions planned or accompanied by the ICL throughout 2020 and during the current calendar. 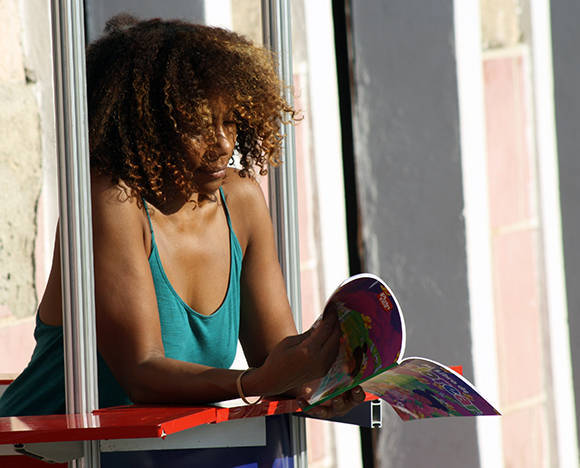 Because #ReerSalva, the aspiration is that we cultivate the good habit of reading from our homes.

On paper or digital support, because it is not about making distinctions to one side or the other of the formats, but to defend reading as an enriching experience and personal growth. Reading to cultivate, to grow and also to challenge confinement from the freedom offered by printed and virtual pages.

Offering refuge and opportunities in this cultural journey is, then, the horizon of this festival for and from the letters. The invitation? Live this event, make it yours and #StayAtHomeReading.
(Taken from Cubadebate)

The digitization of thousands of archaeological pieces from the colonial period in Cienfuegos occupies specialists of the Provincial Center of Cultural Heritage in these times of COVID-19, waiting to resume excavations in old buildings of the capital city and the rest of the municipalities.

"Now we are working on the digitalization of the jars with inscriptions, as we did previously with all the ceramics found. These are identified with an inventory number associated with the site where they appeared: a house, a building under construction or a garbage dump," said Lester David Puntonet Toledo, leader of the colonial archaeology project "History under our feet", with almost fifteen years of impact in the Pearl of the South.

The researcher specified that although most of the elements date from the 19th century, some correspond to the first decades of the last century. To classify them," he said, "we maintain communication with foreign clubs that collect antique flasks. This has allowed us to recognize bottles of wine, beer, perfume and medicine from France, the United States and Germany".

To digitize each piece, the experts take photographs of them separately and, in specific cases, they have even managed to form archaeological lots, consisting of bags with material from the same building or place. According to Puntonet Toledo, this makes it possible to investigate  faster everything that has been found.

Although "La historia bajo nuestros pies" works mainly in areas of the Historic Urban Center of Cienfuegos, in recent years it has extended its activities to other municipalities such as Cruces, Rodas and Abreus. In 2020, it participated in the discovery of a cemetery in Cumanayagua, where human remains and other objects were found.

"If the epidemiological situation in the province improves, we will resume our work in buildings and houses in the city. This 2021 we plan to intervene in the old office of the English Cable, today headquarters of the Cuban Postal Company, to rescue what is under its floors, because, as we know, the filling of those old constructions used to be done with garbage," commented Puntonet Toledo.

Currently, the Provincial Cabinet of Colonial Archeology "Marcos Rodriguez Matamoros" is working on the creation of different types of collections. For example, the origin of the ceramics has already been identified, as well as the history of each manufacturer and importer. The same will be done with the flasks, once the digitization process is completed.

When I discovered the Cuban Flute School I was very impressed by a performer who combined virtuosity with elegance and flavor. It seemed easy what he was doing with his instrument, until I experienced that it was magic, that not every flutist with refined technique and years of study could make the flute sound with such cubanism. That was how I discovered the talent of composer and flutist Richard Egües (Eduardo Egües Martínez). A little later in my life, I learned that he, who was the third flutist to occupy the payroll of the Aragon orchestra and stay 30 years, from 1954 to 1984, was born in the city of Cruces, on October 26, 1923. His friendship with Rafael Lay and the creative and professional bond between the two musicians would be of utmost importance for the development of the group, which marked his stamp and his mark. With this flute Richard played El Bodeguero in 1955, in an RCA Victor recording/Photo: Courtesy of Manolo Egües.

Richard first came to the clarinet, the instrument with which he began his career in the Municipal Band of Manicaragua and Santa Clara. Then, the piano with which he joined the Monterrey and Ritmo y Alegría orchestras, both in Santa Clara. Later he joined the jazz band of the García Brothers. Finally, he developed his career as a flutist, first in the Santa Clara Symphony Orchestra, where he also played the piccolo; and later he became a concert player in the Camagüey Symphony Orchestra.

When he joined the Aragón Orchestra, his sense of harmony allowed him to unfold in complex interpretations, which were always novel and earned him unquestionable prestige. He demonstrated his versatility to interpret a diversity of genres. He possessed a fine virtuosity that allowed him to use the most diverse and complicated melodic turns. His extensive cultural background, together with his talent and tenacity, allowed him to create an unmistakable style, which is taken into account by younger flutists. He also developed as a composer and arranger. His sense of composition is reflected in his improvisations, which, although spontaneous, never lost the balance of a structure, in which all its elements were conjugated just as they should be in a work of art, without more or less, a reason for his work to transcend him and be admired. His extraordinary interpretative virtuosity assures him a place within the Cuban Flute School.

In the opinion of his son, Manolo Egües Cárdenas: "The figure of maestro Richard Egües has great repercussion internationally, not only as the author of musical works that embraced diverse genres, but also for the legacy he left us in his contribution to Cuban music and specifically to his instrument, the flute.

In May 2007, the prestigious musical instrument factory Orpheus launched a flute model with the purpose of resembling the traditional French-style five-keyed wooden flute. It is the Richard Egües flute model, under the commercial inscription of Item Number 466975 Model PFAPFA201S Orpheus Richard Egües Flute". For her part, his daughter Gladys, says that on one occasion, while visiting the Yamaha flute factory, she was surprised when one of the employees knelt down, as a sign of infinite respect and admiration for Richard, still incredulous to have him in front of him. He also comments how every place he went was a sensation. He even had students from Japan, China and several European countries. In the year 2000 he was touring several cities in the United States, among them San Francisco, where he arrived three days before his departure to New York, to be with his family. His daughter accompanied him. They found out about his stay in that city and called him that same day at seven o'clock at night, from a famous venue on 7th Avenue to ask him to perform there. It was Wednesday and Richard agreed and was scheduled for the following Friday at ten o'clock at night. They only had Thursday for publicity. On the day of the performance they arrived at eight thirty, surprised that students from 17 countries were there. At ten minutes past nine o'clock, we had to close the place, which was already overflowing with 200 people.
He physically left us on September 1, 2006, leaving behind countless works and contributions to music. Richard Egües has been one of the most universal Cuban flutists. A place that he earned and that will perpetuate him in time.